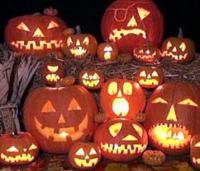 It’s Halloween time!  And in honor of the most candy-rific holiday of the year, I am deviating from the usual Valley Vegan format.  Instead of a review, I am posting a list of vegan candy.  Because, let’s face it, vegan parents like to raid their kids’ Halloween stash just as much as the next guy. And if you’re raising vegan kids, this list should help your shopping list.

This list comes to us thanks to Elaine Vigneault from Vegas Veg. She was also kind enough to provide us with this new website:  No Trick Treats  You can register your home as a place giving out vegan candy or find vegan distributors in your neck of the woods!

One thought on “Trick or Treat?”